Where I live, the local wildlife tend to keep their distance. Squirrels and chipmunks abound outside, you can hear them chattering and see them leaping about, but they don’t tend to come up to you and steal the food out of your hand.

In Mexico, we met a cousin of the raccoon, the coati. Also fondly known as the hog-nosed coon to it’s close friends.

Initially awed by the different wildlife all around us, we snapped pictures of these creatures as we encountered them….which was pretty much everywhere. There are signs posted to NOT feed them, out of respect for their natural habitat and diet.

Turns out, humans posted that sign….. and the coatis are not at all in agreement.

This was made clear to us pretty early on. I was taking a break from swimming with the 6 year old. We were sitting poolside as he munched on some oatmeal raisin cookies. Up comes a coati…. and it just keeps coming….. literally nose to nose with my son, and is obviously interested in the cookie he doesn’t seem to be eating fast enough.

We went from amused to kind of freaked out as I eyed his sharp teeth and retractible claws…. imagining him taking a soft chunk of my sons face along with the cookie he wanted to steal.

So I did the only thing I could think of. Grabbed the cookie and threw it away from us. As predicted, the coati followed calmly, picked it up and started munching away. Along the same time, as I’m nervously laughing, I hear a snide “You’re not supposed to feed the animals” from a passing group of girls. Duh.

Coati gets done, and comes nosing around again, this time dipping his pointy snout into my sons pineapple juice. My god, is nothing sacred!?

A fellow vacationer took pity on us, and chased off the scavenger…. and we learned to snack more cautiously.

Less inclined to give us rabies perhaps, were the peacocks. They were also all over the property. 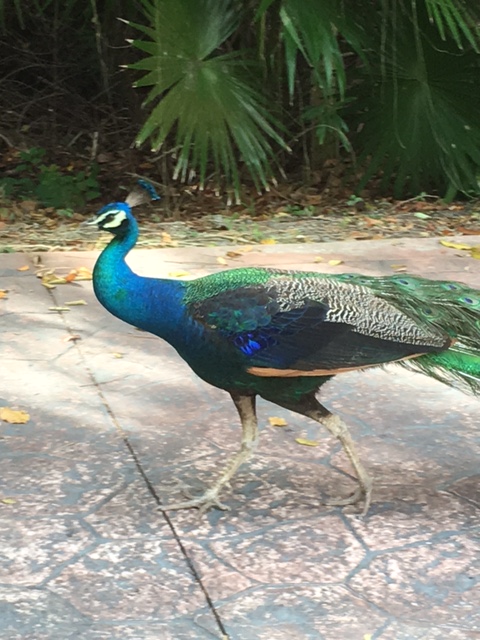 Also out in great numbers, were the various lizards.

We liked to watch them crawl sideways up the walls, and eat the flowers all around.

of course, there were plenty of other animals to study and enjoy.

And then, there were these guys… 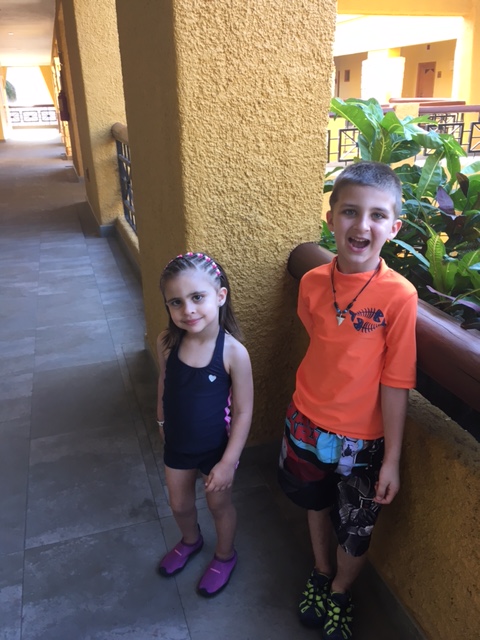 They followed us everwhere, took the food from our hands and even off our plates! Slept in our beds and forced us to carry them around when they got tired of walking. They made all sorts of weird noises and somehow managed to follow us all the way home.

We’ve decided to keep them for now….

One thought on “Vacation wildlife encounters”