How could something so wonderful, make me feel so bad? 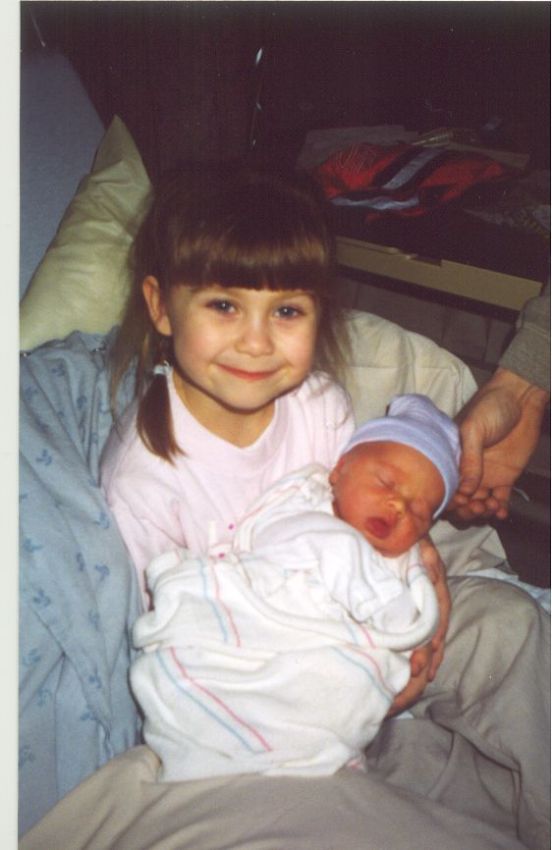 When my first child was born, I was 21. Excited to have her, never believing it would truly happen. I couldn’t comprehend parenthood, as much as I looked forward to it.

Following the birth of my 10+ pounder (come on, do ounces even MATTER after you hit the 10 pound mark??), I fell into a very dark place. I came home 2 days after having her, and remember waiting as long as I could to call my mom the following morning. It was probably around 7am before I dialed the number, and began to sob uncontrollably at the sound of her voice. What followed was seemingly endless days of sobbing, as I failed to adjust to this new role. The anxiety, panic, fear, depression….overwhelmed me, but I had NO IDEA what was happening to me, other than I knew I didn’t like it, and at one point I remember standing in the shower, wishing I could die.

Thankfully, I never wanted to actually do harm to myself or my baby. I still videotaped her from day one, and watching the video’s now, you would have no idea of the conflict going on inside of me, other than the scratchy voice that gave away just how much I’d been crying.

Two weeks later, I felt like I was coming out of the darkness. I was willing to move forward with life, instead of trying to ignore it. I chalked it up to being so young, and a somewhat difficult birth, and went on to love my role as a mom, and adore my daughter to the annoyance of those within frequent earshot of my blabbering about her perfection. I truly believed I would never suffer through that again if I ever had another baby, now that I “knew” how to do it.

My children mean the world to me, but after my second was born, and I found myself back in “the pit”, I realized I had been kidding myself all those months during pregnancy, believing that I was so much more capable of avoiding it this time. I felt GREAT the first 2 days, then fell off the cliff. I swear, I recall the moment it hit me, that chemical shift, or whatever you want to call it.

No appetite? check. Feeling of hopelessness? check. Anxiety and panic? check and check. I did seek help, and found Ohio was not a place for a big PPD support system. I managed, but it was very difficult, for me and those around me. I felt so alone, despite never being alone.

With my fourth, I prayed often during the pregnancy that I would remain as happy after the birth as I was to BE pregnant. I gathered my support staff around me, making my family promise to be there and not leave me alone. Although I “knew” it would happen, the depression, when it hit, was still a major blow. I felt like I’d failed again.

That time, I finally tried medication despite my internal struggle over it. It helped, and I actually got to enjoy some of the infancy of my Last Baby, instead of feeling overwhelmed and unsure, scared to do anything and feeling miserable.

I battled my depression, my anxiety, my adjustment disorder. With each baby I prayed to feel better, and was so scared that this time, I wouldn’t.

I never neglected my children. If anything, I overstimulated them, over nurtured them, and over compensated to make up for the guilt I felt over not adjusting beautifully. I did not blame these babies, I blamed myself for being somehow broken.

I learned a lot about myself, and I can empathize so much more with other moms who go through similar issues.

Although I am depression free, medication free, and newborn free (Last Baby is 14 months..), I am not left without scars.

When a friend or relative has a baby, I come to visit, but in a way I feel like I’m responding to some alarm. I need to be ready to help….I ask a lot of questions about how the mom is feeling…”really?”…… “you’re great??”… and I usually leave perplexed, am I the ONLY one who sucked at this??

I work at hospitals, and often see new moms being wheeled out, baby in their arms. When I see this, I automatically thank God it isn’t me in her place. Not because I didn’t or don’t love being a mom, I do, more than anything I do. But when I see that new mom, I see a shadow of myself, scared, alone, lost. Unable to bask in the joy of new motherhood, instead trying to quell the anxiety welling up inside my chest. Depression robbed me of those initial moments of joy.

My experiences gave me an insight I’d sooner not have, but I accept. Knowing what I do, feeling what I’ve felt, I would do anything to help another person in my shoes. Thank god for the internet. With each new birth, the social networking opportunities just got better and better. I found communities of women like me, and just reading their stories made me feel better about myself. Not alone. Understood.

I am grateful to have made it through depression four times, and Oh so grateful to have my children. They were worth it, I can easily say that now. (Not so much maybe 7 days in….). I did however recently make a choice that my mother said I would regret. My mom made the same choice after the birth of her 5th child. Not because she was depressed, more along the lines of being old and tired I would imagine…. anyway, she made this choice too….and afterwards she cried and cried, regretting it immediately. Mom never had depression.

I got my tubes tied.

I am STILL thrilled 🙂

I AM of course old and tired also, but the freedom of knowing I will never suffer through PPD again? ….Wow. I never realized what a relief it would be.