Summer was here, and we grabbed it up, desperately squeezing each moment out of it.

We used it to race up the hill at the blue park, and learned how to roll down. We swung for hours, sometimes pumping our legs, mostly not. We chased the daylight, going fishing at dusk….and those dying rays caught the oldest boy helping the youngest catch his first fish…and throw it back. Summer watched as training wheels were removed, and another child learned balance, then speed. Summer nights taught us to catch lightning bugs, and watch them on our fingers.

We felt it ending. The heat came, finally…. but so fast we knew it would burn itself out.

We were desperate to claim every free moment of every day. Throwing it up like a kite, begging the wind to catch it and keep it up just a little more.

A million walks for ice cream. Out with the hose, spraying each other, and the car. Amusement parks, big and small. Face painting, fireworks, big girl underwear–FINALLY! Hot and sweaty stroller naps, and the crash of summer thunder storms.

Late nights, too late…. but we don’t want to waste it!!

Slipping through our fingers. Even the two year old can’t sweet talk it into staying.

One final week before our summer dies. 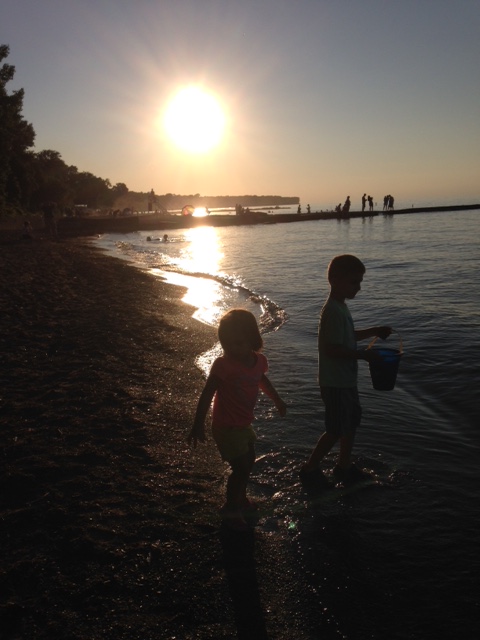 Goodbye summer….. until next year