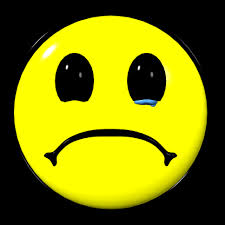 The 4 year old took to his new preschool unbelievably well. From the first day, he was happy to go. Then, last week he missed the whole week because the plague landed at our house and we were quarantined from society.

His first day back was this Tuesday. He cried for me several times during the day.

I spoke with him about it at home, and he seemed really fine after the fact. Told me “I’m just glad to be home with you”. No one was mean to him at school, he didn’t have any bad experiences….. and he didn’t say anything about not wanting to go back to school.

Today, I dropped him off and he was fine, excited to be there. Then his teacher called me later and said he was upset again. I had asked her to do this if it happened again.

He wasn’t screaming, yelling, unruly. He told her he just wanted to be with me, and was really tearful.

I asked to talk to him, not wanting to come pick him up and perpetuate the problem by giving him the idea that I will come every time he cries…. but I still wanted him to know that I KNEW what he was feeling and wanted him to feel better.

I heard his teary little voice on the phone, telling me he misses me and wants to be home with me. It was so hard to tell him that he needed to stay at school with his friends for now. I asked him if anything was hurting him, it wasn’t. I reminded him that I am coming to get him in a few hours and it would be way more fun for him at school than home with me and his little sister. I reminded him what a brave big boy he was, and I bribed him by telling him I would bring him a surprise when I picked him up. I asked him to make me a special picture to give to me today, hoping that would make him excited to surprise me with his awesome artwork.

I don’t know what “the right” thing to do is…. but I did what I thought would be best.

I then thought back to when my 17 year old went through a similar phase in preschool.

I put some kind of dark lipstick on, and then kissed a piece of paper to make lip marks. We folded it and put it in her pocket before school. When she felt sad, or really missed me, she could just bring out her kiss and press it on her cheek. Just like mommy kissing her. It seemed to work like a charm, some tangible evidence of my love even when we were apart.

I thought back even further… to my own first day or so of first grade. I missed my mom so much that day, I couldn’t help asking my teacher multiple times “when are we going home?” The day just dragged, and my heart felt so sick. I actually broke down and yelled “I want to go home RIGHT NOW!” and started sobbing after what I felt was the millionth time I got the brush off. I don’t remember how my mom handled it, or if she even knew.

So I feel for my Sammy. Hoping as I write this that he is having fun with his class and not still pining for me. As much as I love to know that I am loved, and missed…I don’t want my kids to be distressed.

I think these moments are not uncommon growing up, the world is a big and sometimes overwhelming place. Sometimes you just want to hug that one person who represents security, who you know loves you, to anchor you a little bit.

So I will hug and kiss him, and remind him how special he is to me. He has a little bag of surprises waiting, some glow in the dark necklaces for Halloween, a cool pirate accessory kit with eye patch and bandana. Jelly Belly’s of course. Just a few things to reward him for getting through the day.

Maybe next week he will bring a kiss to school, we will talk about what will make it easier for him to feel my love from afar.

And he will grow, and this will pass.