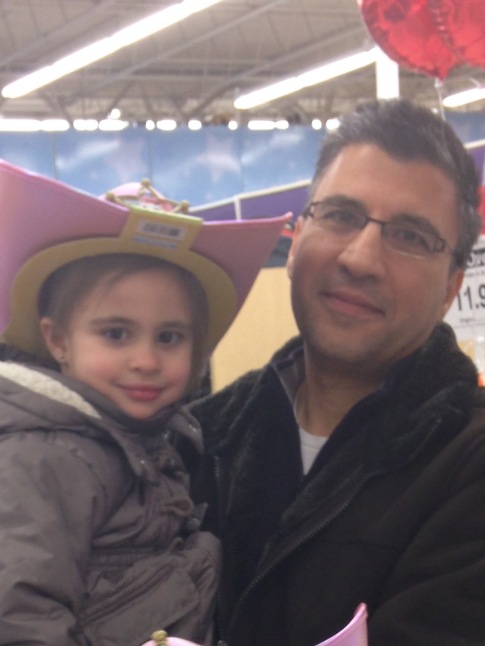 When we had Sammy, the husband was over the moon. Not because he was a boy, but because it was his child, his first.

In truth, I believe he was actually hoping for a girl when we found ourselves expecting.

He has a niece, Jenna, and swore if he had a daughter he was going to give her the same name because he just loved her so much.

He talks about his younger sister, born when he was a teenager, and how he loved helping take care of her, she was like a little doll. He is such a softie. I have often compared his personality with the kids to a grandma, because he is seriously that doting.

Obviously, I’m the mean one.

When we found out we were having a girl the next time around, I expected him to be thrilled. After all, Sammy wasn’t a month old before he was asking when I was going to give him a daughter. (you don’t want to know how that conversation went…. )

He was not thrilled. He was terrified. Hoping the ultrasound was wrong.

I was shocked. And kind of pissed at him. And thrilled because I “knew” it was a girl. I was ready for another girl after having boys the last 2 times.

the husband fretted about the responsibility of having a daughter…. I heard him muttering things about boys….and periods…. a bit overwhelmed.

We named her Jenna. And at first…. I worried that she wouldn’t get the same love from the husband that he gave to Sammy. I feared that he loved his first child so much, there couldn’t be room for another. Especially now that he seemed so scared of having a daughter.

As time has gone on, Jenna has made her place in the family. She is not gentle natured like her brother and her dad. She is bossy, and sassy…. and the tougher of our two little ones.

But still, it happened. He is a slave to her whims. He begs for hugs and kisses, and she doles them out very sparingly. She blatantly uses him to stay up late when I say no, or to get things I say she can’t have. He knows this, but he is powerless to tell her no. (that grandma syndrome again)

She is three now, and very secure in her dads affections. 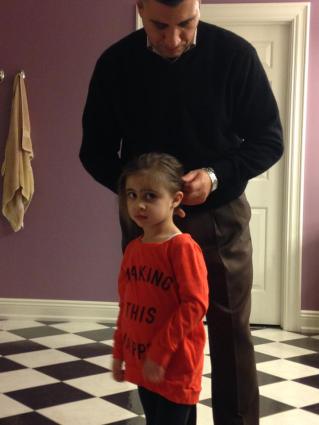 And he has turned into a hair-styling, nail-polishing, awesome dad who is grateful for his boy and his girl, even if she is as prickly as a cactus sometimes.

One thought on “Daddy’s girl”